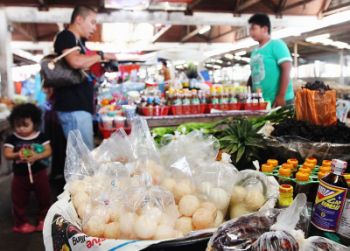 PETALING JAYA: While the current peak nesting season is seeing a rise in turtle eggs, conservation groups are urging Malaysians to take a pledge to stop putting turtle eggs on their plates.

The “Pledge: Tak Nak Telur Penyu” rolled out by the Society for Conservation Biology – Malaysia Chapter seeks to encourage Malaysians to say no to sea turtle egg consumption.

He said turtle eggs were consumed in the past as a source of protein for coastal communities in Malaysia as they lacked access to alternative sources, but this was no longer necessary.

“This was happening in the 1960s, for example, where the population was just 10 million people and nesting numbers were much higher.

“But in 2020, we have a population of 32 million but nesting numbers are decreasing and unstable.

“That’s why we want people to stop the consumption of turtle eggs because the nesting numbers are fluctuating between 2,000 and 4,000 per year in Terengganu,” he said.

The sale and consumption of eggs for all species of turtles are banned in Sabah and Sarawak but in Terengganu, only the sale of leatherback turtle eggs are prohibited under the Terengganu Turtle Enactment 1951 (Amendment 1987).

Uzair said this process had been delayed due to the movement control order (MCO) and while waiting for the amendment to take place, turtle conservation groups wanted to continue raising awareness.

In the east coast states, people had been peddling turtle eggs online even during the early stages of the MCO, which started on March 18, with some sellers brazenly using online platforms to trade, he said.

“I just want to encourage everyone to sign the pledge and share it, a majority of people are concerned about the environment but they stay silent.

“But now let’s voice out and stop the trade and consumption of turtle eggs,” he said.

“Sea turtles suffer from a variety of injuries, including marine debris ingestion or entanglement, and unintentional boat strikes.

“Additionally, sea turtle populations still remain at risk of being harmed by the illicit take and trade of sea turtles and their eggs,” said the group in a statement.

The wide variety of threats that sea turtles faced, both in the ocean and on land, had diminished the population of sea turtles over time, thus requiring every sea turtle species to be protected, it said.

Turtle Conservation Society of Malaysia co-founder Dr Chen Pelf Nyok said that while awareness levels had increased, more must be done to stop the sale and consumption of turtle eggs.

“The awareness level is certainly increasing, especially during the MCO period, because we consume so much info online and globally, turtle conservation groups have turned to social media to spread more awareness,” she said.

The pledge was an effort by turtle conservation groups to keep the conversation about turtle egg consumption going among Malaysians, said Chen.

← Previous: Replacing fear with curiosity Next: How does climate change threaten sea turtles? →
You may also like… Love is all we need

The year has seen us forge great relationships with local communities which was instrumental in the success and growth of our project. It proves that we simply can’t do without community engagement. Conservation isn’t solely an endeavour by NGOs alone, we need the help of the local community to really make a difference. To put it succinctly, conservation is a task for everyone.