Chiao Ying is an outgoing person who loves to work in the outdoors. Working with animals has always been her passion. Her internship with TCS is a great opportunity for her to gain some hands-on experience on turtle conservation.


Have you ever wondered what is the smallest turtle in the world? The answer is Chersobius signatus (family: Testudinidae), also called the Speckled Dwarf Tortoise. This tiny turtle is naturally endemic to South Africa, restricted to a small area in Little Namaqualand. According to a long-term study, Speckled Dwarf Tortoise has a relatively small distribution and was previously known to be common in some areas. However, from 2000 to 2015, the resident population in the same area had declined by 66%.

The weight of Speckled Dwarf Tortoise is about 95-165 g. Generally, the females are larger in size when compared to the males. Females can measure up to almost 10 cm while the males are only 6-8 cm in straight carapace length. Speckled Dwarf Tortoise has an orange-brown shell covered by hundreds of black spots with slightly serrated edges. It can be easily distinguished from the other Chersobius species by its speckles and the 5 toes on its front feet as the other species have 4 toes on all feet.

The Speckled Dwarf Tortoise lives among the rocky outcrops and feeds on a wide range of plant species especially small succulents that grow between rocks. They are most active in early mornings, especially during autumn and spring, when they breed. After mating, the females will make a nest in damp soil between the rocks. The females tend to produce one large egg at a time and may lay more than one clutch. In order to enhance follicle and egg development during the nesting season (winter and spring), females will have slightly higher body temperature than males throughout the year. Upon emergence after 100-120 days of incubation, the hatchlings are less than 7 grams, 30 mm in length.

The Speckled Dwarf Turtle is labeled as near threatened in the 1996 IUCN Red list. The major threats that they face includes vehicular traffic on roads, habitat destruction, and poaching for the pet trade. Many of them are also taken from their natural habitats and die subsequently as they are unable to adapt to the typical captive diets and environment.

← Previous: How does climate change threaten sea turtles? Next: How many eggs does a turtle lay at a time? →
You may also like… 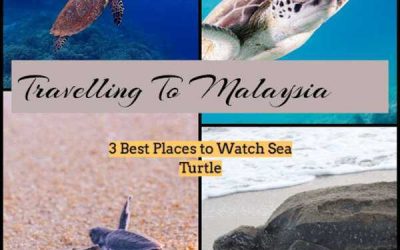