Do turtles have teeth? 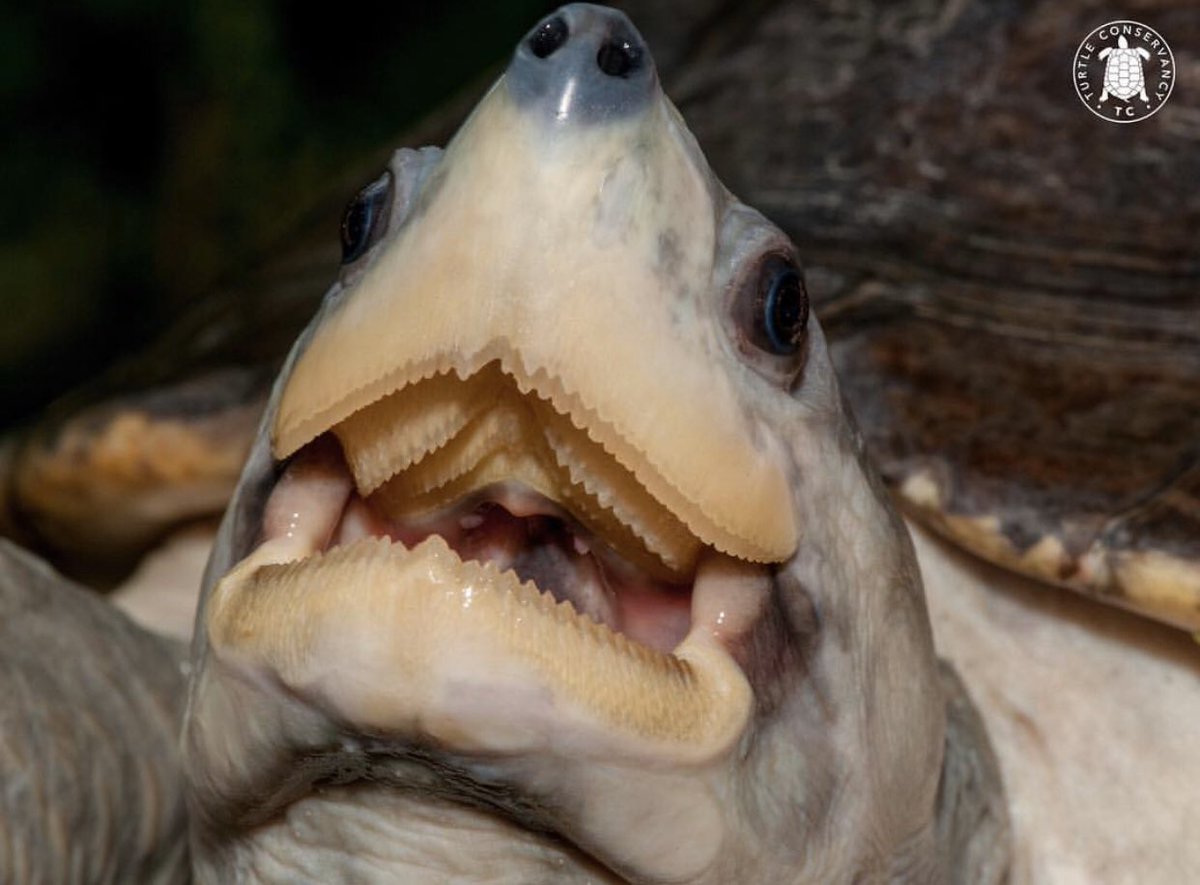 San is currently studying Marine Biotechnology at Xiamen University Malaysia. By joining TCS as an intern, she hopes to gain field experience, learn about conservation work, and turtles in general.


Have you ever wondered whether turtles have teeth? It is surprising to know that today’s turtles including freshwater turtles, sea turtles, terrapins and tortoises are the only reptiles that do not possess any teeth. However, researchers have discovered fossils of turtle teeth. “Odontochelys,” a creature that is also known as a “toothed turtle” used to exist about 200 million years ago. Their fossilised remains revealed that some prehistoric turtles had teeth in both their upper and lower jaws.

The only turtles with teeth are the young ones. Turtle hatchlings are born with a single tooth. This single tooth is commonly known as the egg-tooth or caruncle. All newly-emerged hatchlings has an egg tooth that helps them break out of their egg. This egg tooth is located at the front of the upper jaws. The egg tooth eventually falls off a few months after the turtle hatches. It is a modified scale and not a real tooth.

A turtle’s diet contains proteins such as fish, insects and pellets, meat, fruits and vegetables. Turtles feed on various food without teeth. To survive, turtles have beaks or jaws like birds instead that helps them with the chewing, biting and tearing of their meals before swallowing. These beaks are sharp and continue to grow throughout the turtle’s life. Moreover, turtles also use their pointed beaks to protect themselves from predators.

You can tell what food a turtle feeds on by looking at its mouth. Depending on what species the turtle is, they have powerful and oddly shaped beaks that help them to eat. Turtles can have sharp beaks or flat beaks depending on whether they are carnivorous, herbivorous, omnivorous or whether they are sea turtles.

Sea turtles swallow their prey using their tongues. Sea turtles are generally carnivorous and they often use their tongues to lure the small prey like small fish and insects underwater and pull them in their mouth then close their jaws and swallow the prey with ease. Their preys include such as crab, sea urchins and clams. Sea turtles such as leatherback and green turtles have spikes in their mouth that allow them to feed on jellyfish without getting stung.

← Previous: How many eggs does a turtle lay at a time?
You may also like…

How many eggs does a turtle lay at a time?

Did you know that the number of eggs in a turtle nest, known as a clutch, varies depending on the species? Most species lay eggs once a year; a few species lay every other year, and some species lay more than twice in a single nesting season.

The Speckled Dwarf Tortoise is the smallest turtle in the world. This tiny turtle is naturally endemic to South Africa, restricted to a small area in Little Namaqualand.

Climate change threatens sea turtles in a number of ways, including increase in sea level, which translates to the loss of nesting beaches; increase in global temperatures, which results in a skewed sex ratio in natural nests; and changes in the sea currents, which alters the distribution of their prey.